The refueling of hydrogen should start in Poland in 2021. The first stations were to be launched by Lotos in Gdańsk and PGNiG in Warsaw. However, the Rzeczpospolita daily newspaper reports that the station’s commissioning is postponed to 2022. The production of hydrogen is not endangered and should start in 2021. Pure “five nines” hydrogen is to be produced in Trzebinia from 2021, and soon also in Gdańsk and Włocławek.

Hydrogen production in Poland will be produced in several installations. The electrolyser at Rafineria Trzebinia belonging to the Orlen Group is the closest to commissioning. Another installation is to be launched soon at the Gdańsk Refinery, which belongs to Lotos. Also in the queue are PGNiG electrolyser in Odolanów and Anwil’s electrolyser (Orlen Group) in Włocławek. One should not forget about the PAK Group electrolyser under construction in Konin. All installations will produce the purest hydrogen with a content of 99.999% (the so-called five nines). 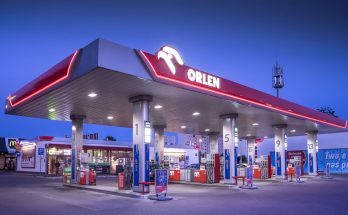 Hydrogen at Orlen stations in Katowice and Poznan