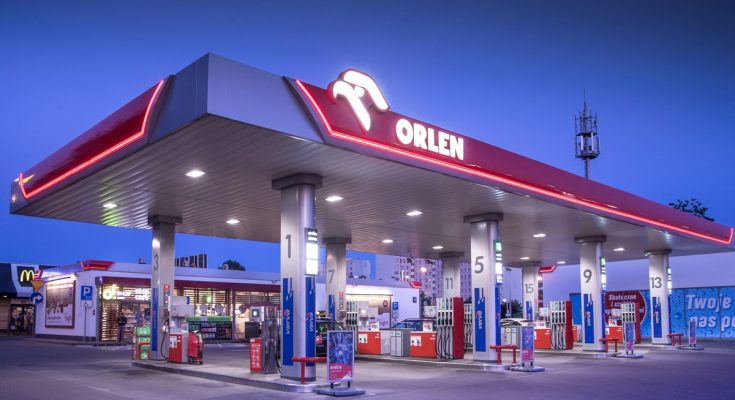 Orlen published a tender for the construction of hydrogen stations at the beginning of May 2021. The company wants to build 2 hydrogen refueling points on the main arteries of Katowice and Poznań. PKN Orlen has already properly secured installations for the production of hydrogen. The first electrolyser will be built at the Trzebinia plant by the end of 2021. Another hydrogen plant will be built in Włocławek at the Anwil plant – construction will start this year. The whole is part of the group’s energy transformation to zero emissions in the 2050 perspective.

The hydrogen station in Katowice under the Orlen brand is located at ul. Murckowska 22 and adjacent to route 86, from where it is close to the junctions with the A4 motorway and the national road 79. There is also a Tesla Supercharger fast electric charger. Orlen estimates that the station will spend between 450 and 600 kg of hydrogen per day. City buses will be the main customer, but the station will also be able to refuel passenger cars. One H35 hydrogen refueling will allow the bus to range up to 400 kilometers. H70 hydrogen will go to passenger cars, vans and trucks.

Hydrogen refueling in Poznań on Warszawska Street was also located with the participation of the local government. Orlen does not hide that hydrogen buses will be the main recipient of hydrogen fuel in the first phase. In a 12-year life cycle, hydrogen will eliminate carbon dioxide emissions by 800 tons. Refueling 30 kg of hydrogen should be done within 15 minutes. Orlen enables hydrogen refueling in Germany (Mulheim and Wolfsburg since 2017), and soon also in the Czech Republic. At Benzina stations, it will be possible to refuel hydrogen in Prague and Litvinov in 2021. In 2022, hydrogen stations will be launched in Brno, Plzeň and on the D10 highway in Prague.